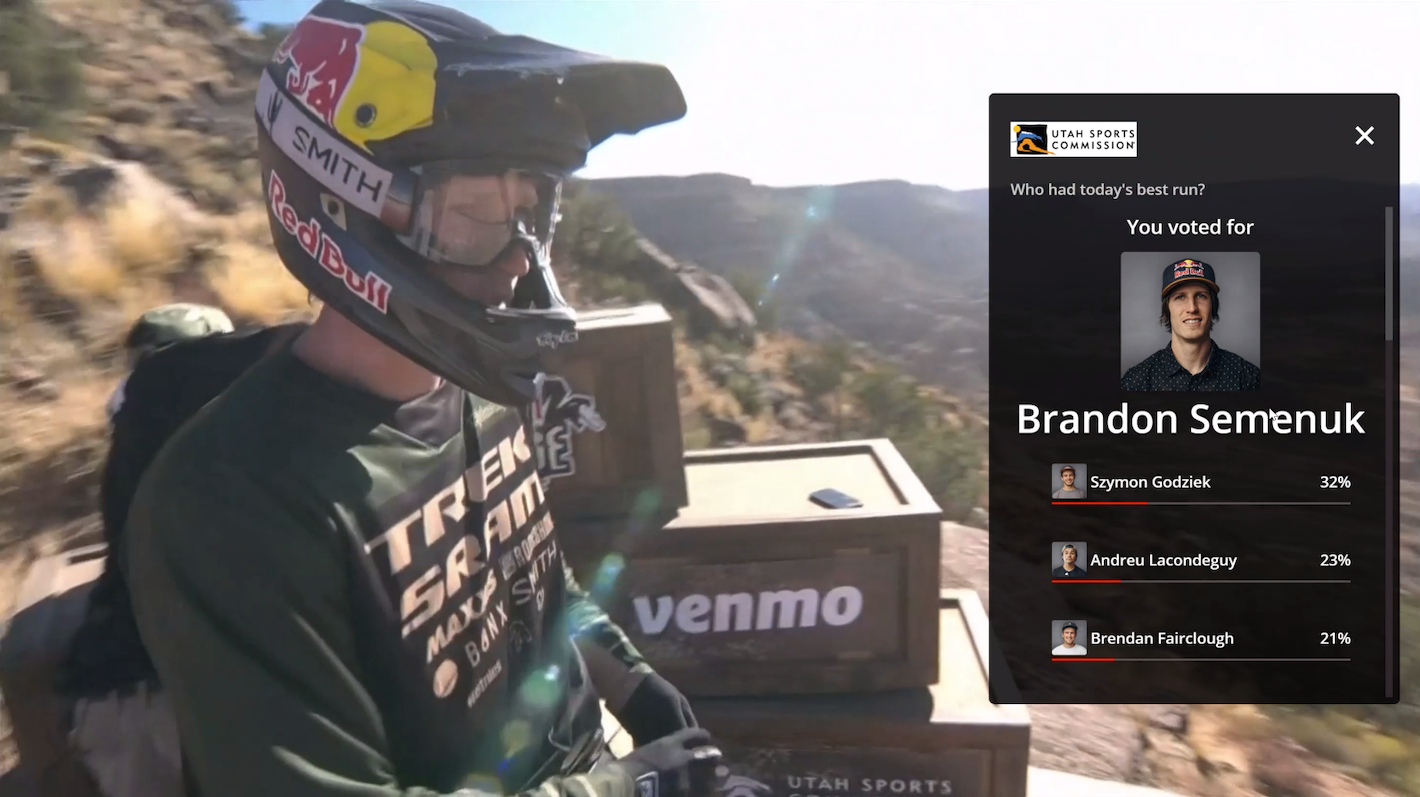 The freeride mountain biking event featured a clickable poll - built in Singular - on top of the live video feed, allowing viewers to vote for their favorite riders throughout the event. The poll results updated in real time, showing the latest results.

Red Bull used a custom control application to manage the polling overlays. This web app also updated the polling results in real time, allowing the commentators and crew to see results and data that had previously only been available to viewers.

The user vote was used to award the winner of the poll - Symon Godziek - with a special "People's Choice" trophy at the end of the event, sponsored by the Utah Sports Commission.

The competition, which lasted for nearly 5 hours, took place in Virgin, Utah in one of the most challenging locations in the world. Rampage is considered to be among the world's top freeride mountain bike events.