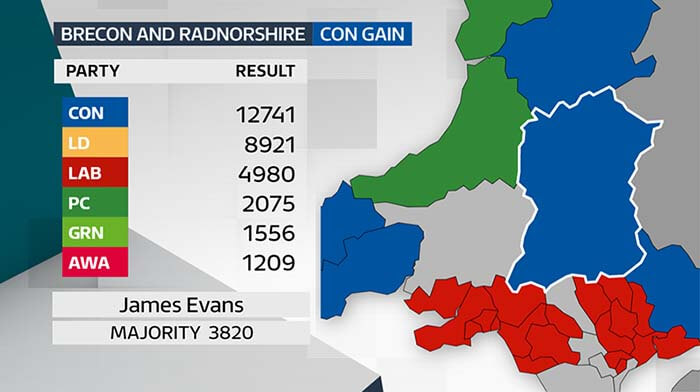 Taking the plunge into cloud-based production

When making plans for their coverage for the most recent set of Welsh Parliamentary Elections, ITV Wales took the opportunity to take a fresh look at what new options were available for their production.  They required a solution that allowed them to quickly and easily build custom graphic overlays themselves that would match their channel branding and allow for data integration.

After some exploration and extensive testing by the ITV team they chose Singular.live.

This was the first time ITV had used a cloud-based graphics system in a live television programme - in a pivotal political moment too. Due to the important nature of the broadcast, it needed to work seamlessly, which Keith Jones, Technical Support Engineer at ITV Wales, confirms was achieved; “the building, linking and updating of the custom overlays worked with ease, allowing for a more time-efficient and stress-free production.” This came as a great relief for Keith and his team, as live election broadcasts are typically intense productions  with huge pressure to deliver news quickly and accurately whilst presenting complex scenarios to viewers in an easy to understand manner.

Why working in the cloud suited this project

As a veteran of several Welsh elections, Keith decided to move away from previously used desktop applications which had web interfaces for data entry, and graphics control was spread over several applications developed in C#. These applications can be difficult to deploy and update in a short time window, and Keith wanted to streamline things for this year’s broadcast.

The team at ITV Wales had been introduced to Singular through a previous collaboration between ITV and Singular on an IBC Innovation Accelerator project that successfully demonstrated one of Singular’s other strengths; it’s ability to deliver content as objects whereby graphics are rendered on the client side, on the end user’s device.

You can watch a summary of that project here.

Following that initiative, ITV were keen to test the benefits of Singular by combining a somewhat more traditional workflow and process of adding graphics overlays onto the video stream with a very non-traditional cloud-based graphics platform.

With uncertainty around whether a full production crew would be able to work in a traditional gallery environment due to Covid related restrictions, the flexibility to use Singular either from a remote location or from the gallery was a big draw. It also allowed the team to easily collaborate and work on the design and build of graphics, as well as the data integration from their various locations.

As a browser-based platform, sharing work and projects is as simple as logging in to your account from wherever you are. As a result, getting sign-off on designs, collaborating with colleagues or contacting the Singular team for support in more complex elements is immediate and simple.

Another additional benefit of using Singular is that generating multiple outputs can be done quickly and easily since the output from Singular is a URL and doesn’t require additional graphics hardware or software. So when the ITV team decided that they would also like to use the system to drive a video wall or large studio monitor, it was implemented with agility

Whilst the ITV Wales team were keen to explore new cloud technologies in some areas, the video backbone of the operation was still based in SDI so compatibility with that environment was essential. Fortunately, in addition to working natively in cloud/IP environments, as well as NDI workflows, following R&D work done by Certified Singular Partner Reality Check Solutions, this challenge had already been addressed. You can read more about their solution here.

With an extensive background in video engineering, ITV’s Keith Jones worked with the technical team at RCS to put the SDI workflow solution through some rigorous testing to ensure it was going to meet the high production quality demands required.

Having looked at various setups and configurations, Keith opted for a workflow that utilised an HP Z8 Workstation with a Decklink Quad SDI output card from BlackMagic. In addition to this, they used Touchdesigner from Derivative ; a very powerful software that can also handle video.

Invariably with any live election production one of the major considerations is the handling of data. Not only is the subject matter incredibly important to the audience, but the speed and accuracy of the presentation of up to date data is crucial for the integrity of the production and the reputation of the broadcaster. Fast, accurate data is a must have.

Keith and the team at ITV Wales were able to take advantage of a relatively new data feature released by Singular prior to the elections called Data Streams.

Combining Data Streams with JS Data Nodes created by the ITV team in Singular, all the live election data was delivered in JSON format and immediately available to display in the graphics. As a consequence most of the overlays were automatically updated, meaning one less thing for the production team to worry about. Using this infrastructure the team were also able to create additional tools like a dashboard that would show the production team the latest data, including where results had been declared for example.

Showing the data is one part but anyone who has ever seen any election coverage knows that one of the key visualisations are election maps, showing which areas have voted for which candidate or party. In this instance, the ITV team used SVG maps of the region which they were able to manipulate using composition scripts within Singular. This allowed them to isolate any area within the map with the latest relevant data which was constantly and automatically updated via the Data Stream workflow.

All of this was possible through the use of one of Singular’s most powerful features;  Composition Scripts. These enable anyone to add powerful, fully customisable control via JavaScript layers from directly within the Singular Composition without using the Graphics SDK or any external hosting.

More information about those can be found here

As with everything else, the Composition Scripts were all written and implemented by the ITV Wales team themselves.

We asked Keith to give us his feedback on the experience of working with Singular and the first time ITV Wales had used a cloud-based graphics system in a live television programme.

“The ease of overlay composition build compared to more traditional systems and data delivery via JSON Data Nodes,” Keith commented when asked what the highlight of his experience with Singular was.  In addition, he noted that “because it is all HTML5 and cloud-based, it was easy to provide access to the graphics wherever they needed to be seen.” The most common theme from the feedback was the overall ease of use for all the various elements, which is particularly encouraging since this was a first time use of the platform on a high profile event for a top tier broadcaster.  ITV is now using Singular.Live for internal events, and is confident the platform will be used again for external ones after the election broadcast’s success. However the most important comment of all was, as Keith said: “It all worked seamlessly, which came as a great relief!” 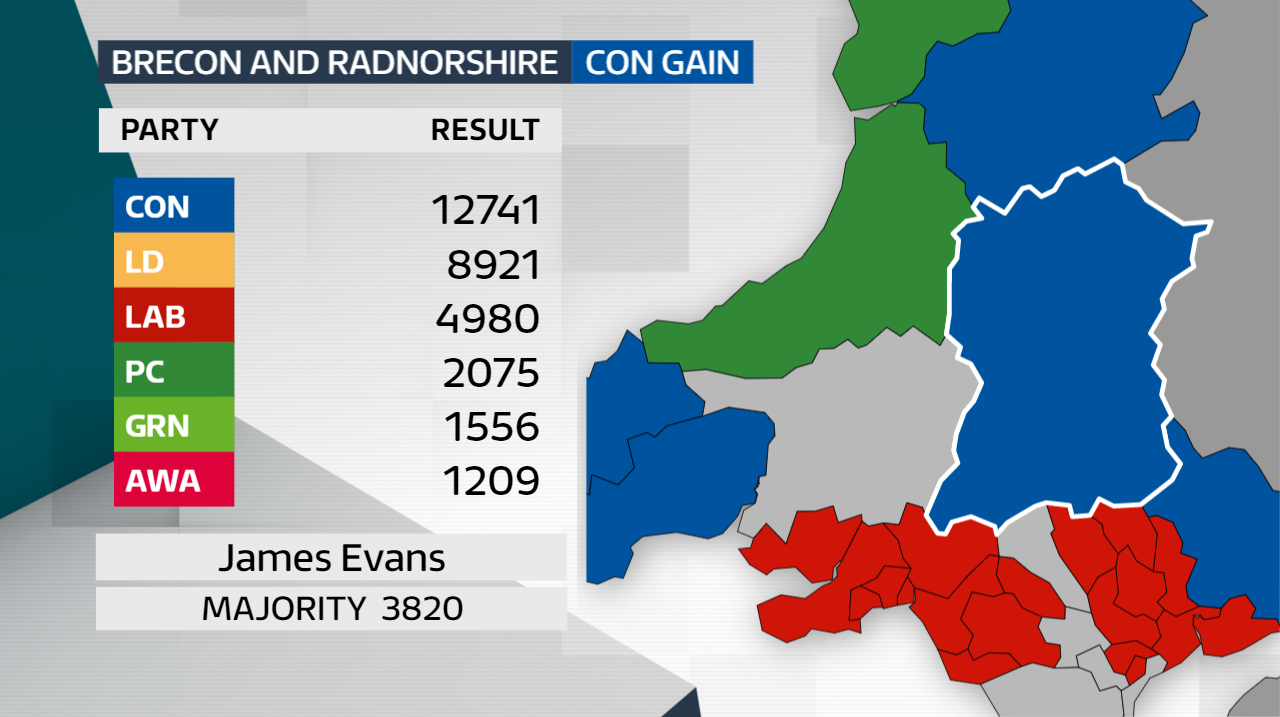 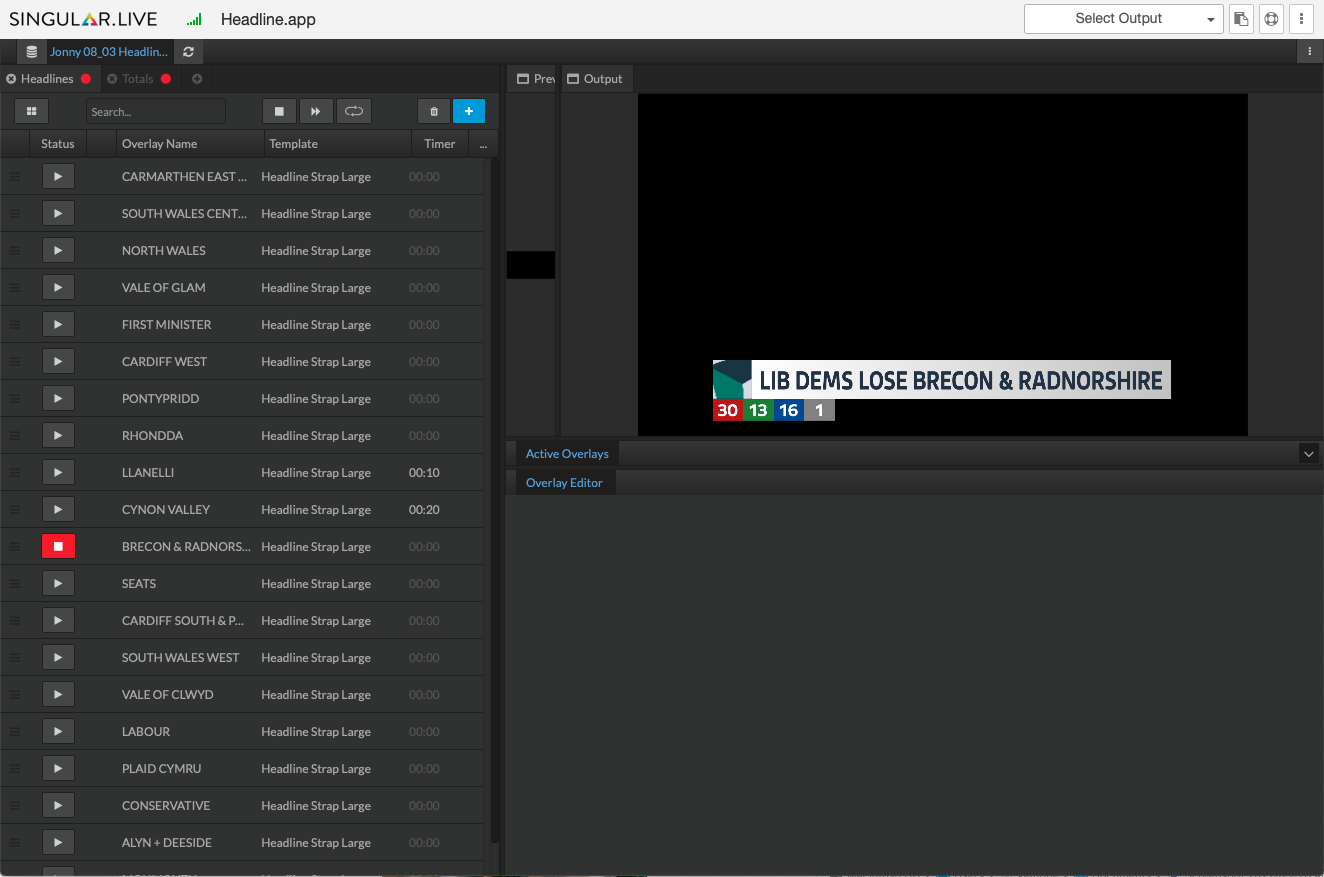 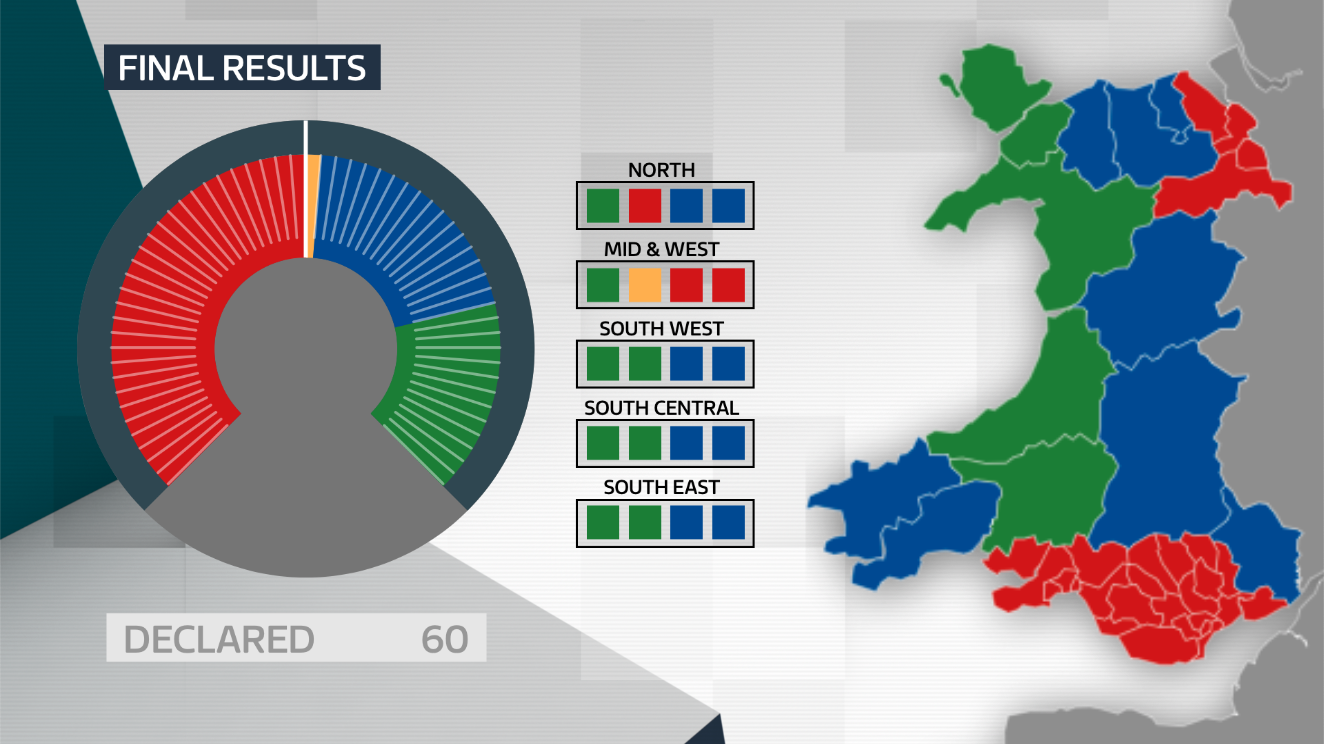