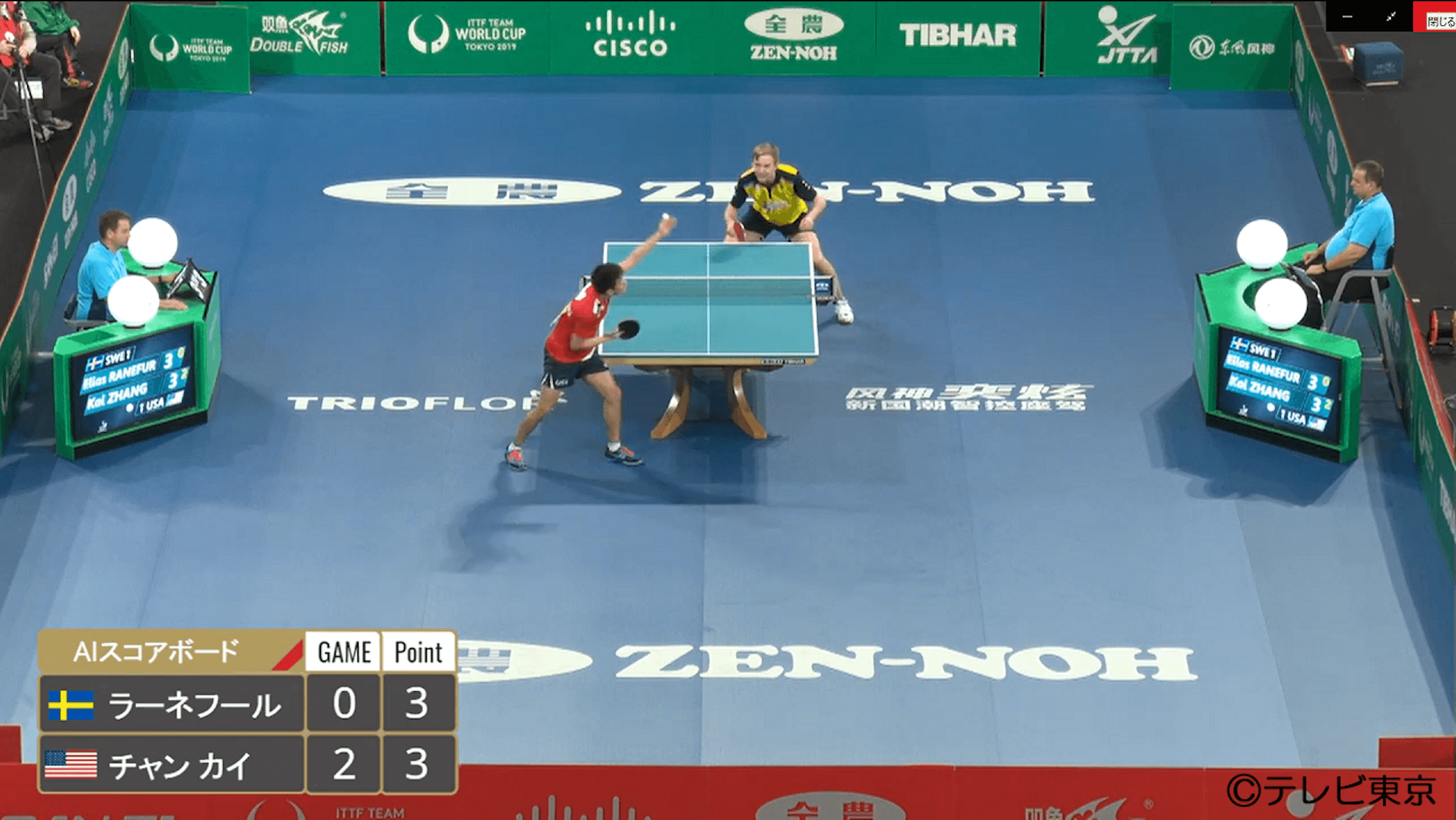 In their coverage of the ZEN-NOH 2019 ITTF Team World Cup, TV TOKYO sought to solve the problem of having to manually update scoreboards of several table tennis matches simultaneously while operating with a small crew. The innovative solution paired Singular overlays with AI software for automatic scoring. The AI software recognizes scores from the scoreboards on-site and that data is used to automatically populate the Singular overlays throughout the matches.

The AI system automatically sent score updates to a Google Spreadsheet using the Google API. From there, the spreadsheet content was sent to a Singular Data Node using Singular's REST API, which automatically populated the specific fields within the scoreboard overlay.

The flexibility of Singular and its open REST API allowed TV TOKYO to provide live, automated scores to its viewers - a task that had previously proved to be difficult.