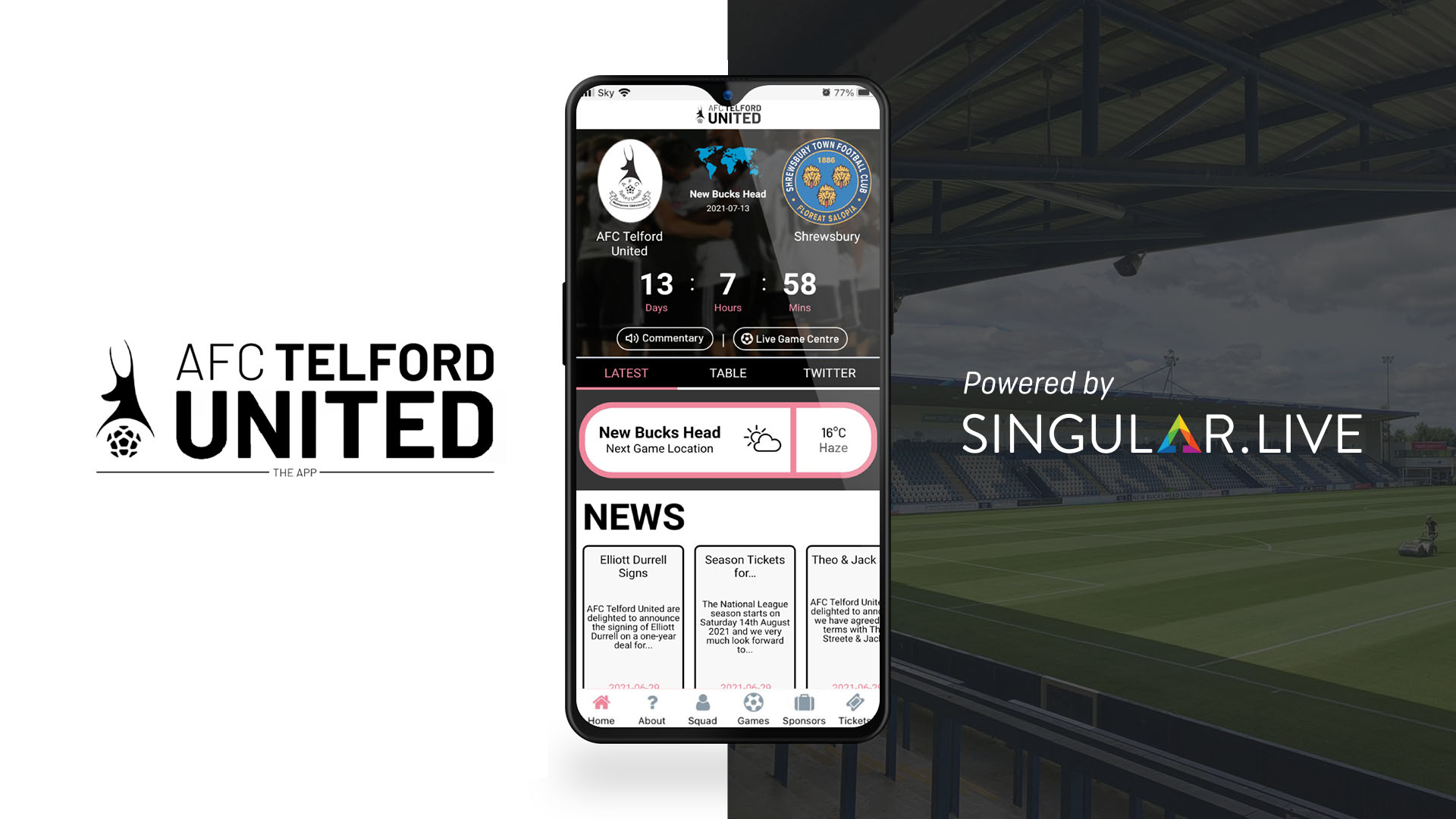 Ben Wiser was just 15 when he was approached by his local football club, AFC Telford United. It was the summer of 2020, and the club needed help streaming their games in light of covid19 restrictions. Lacking the knowledge and expertise to do this properly, they turned to Ben, who had a particular interest in live streaming, to do this for them. Within 3 months Ben had built a studio with multiple cameras and microphones, with various commentators and presenters volunteering to take part in the shows.

As  the streams progressed, so did Ben’s aspirations. He wanted features such as scoreboards with up to date match data to elevate the content even more, but couldn’t source these graphics with the programs he was already using. Ben began researching what options were available to the club - mostly coming across graphic platforms that were financially out of reach to them, as the club had  no budget for this project. When he stumbled across the Singular.live platform he couldn’t believe his luck. Ben emailed our support straight away - ‘just to make sure the offer of making custom overlays for free was real’.

The streams, newly minted with Singular live graphics, became increasingly popular. The platform's straightforward and accessible nature made it possible for other members of the club to use it for game broadcasts. But the ongoing situation around them meant that the club was now struggling in other areas too. Like many other clubs across the country, Telford were hit hard by the pandemic, unable to welcome supporters to matches. Match revenues are the lifeblood of football clubs and without them many clubs were at real risk of closing. Ben wanted to try and help his local team using his keen interest and knowledge in streaming, and offered to build the club an app.

After being ‘laughed out the room’ the first time, the club then agreed that if Ben could build it, they’d do it. This became his second big project.

Ben enlisted the help of his friend Vignesh Sudarsan to tackle all the design work for the app, while he focused on development. The app needed to satisfy the club’s requirements of ticketing, club shopping, stadium info, and link to live commentary. Displaying their passion for all things broadcast, the pair went above and beyond these requirements to include as many live features as possible. Singular’s data node integration turned out to be invaluable for them, with up-to-the-minute live scoring becoming an element of the app that would not have been possible without it. Singular also allows back-end alterations, thus avoiding whole app updates, meaning maintenance remains low. Ben was hugely positive about his experience with Singular, saying the user-friendly interface made it a ‘treat’ to use. He also cited that the ‘unlimited possibilities’ available within the platform should be tried by everyone.

The process of app curation typically takes 6-9 months, and a huge budget. Ben and Vignesh achieved this in approximately 3 weeks - to a standard unseen by anyone else their age.

Ben and Vignesh have now established their own business - Element16 Media, offering other clubs and clients similar services. We are proud to support the pair’s hard work and innovative use of Singular; and judging by their success with Telford, we’re confident the only way is up for them in the future.