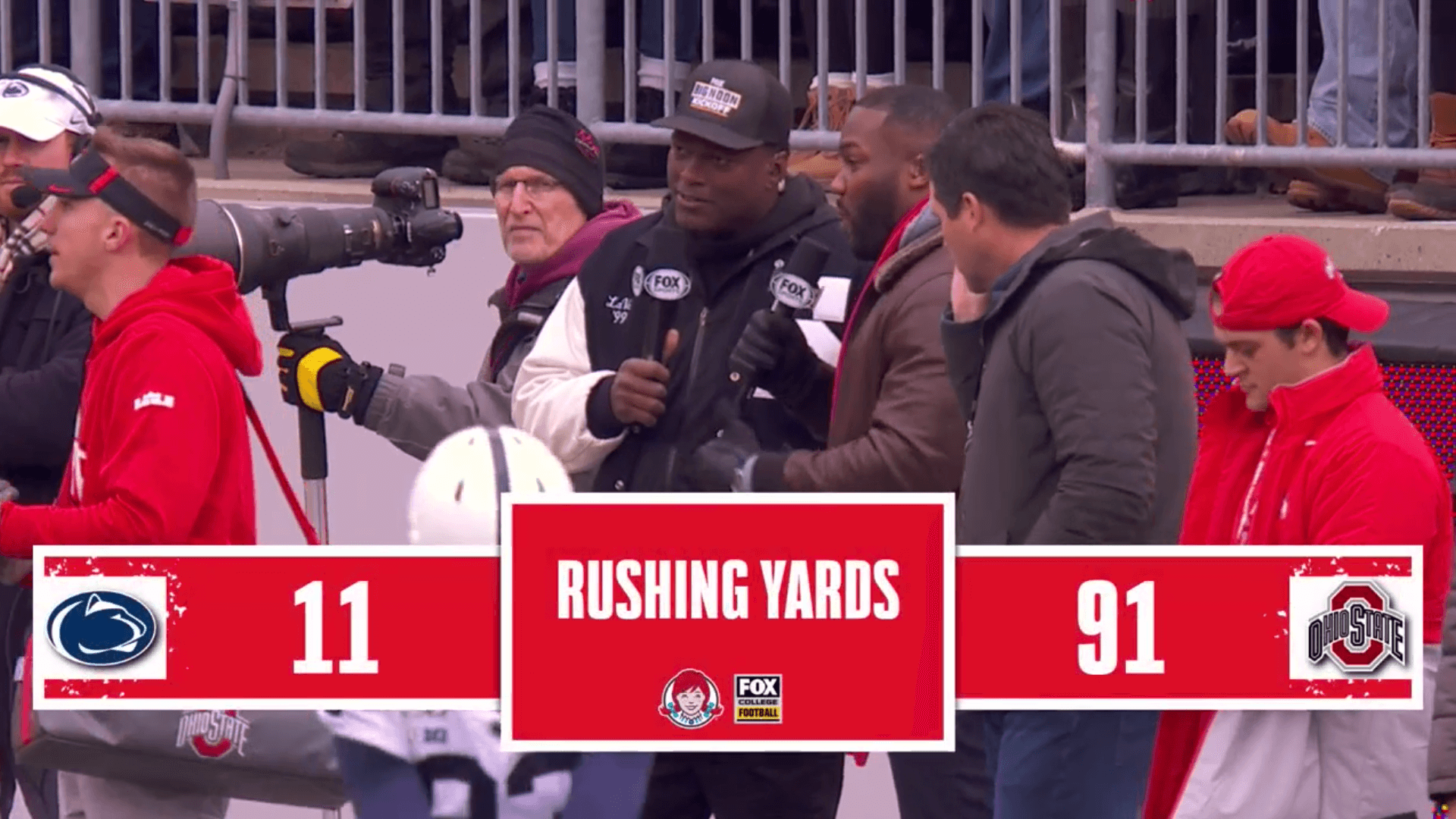 For one of the nation's biggest college football games of the year, Fox Sports made sure it provided the best content it could for viewers.

Throughout Saturday's match up between No. 8 Penn State and No. 2 Ohio State, Singular overlays were used on the Wendy's Watch Party Twitter live stream on @CFBONFOX. The stream featured a pair of former college stars in Penn State's LaVar Arrington and Ohio State's Beanie Wells, who discussed the game from the sideline.

While the duo engaged in some good-natured trash talk, Singular overlays provided additional context and details to their discussion with an assortment of lower third elements. 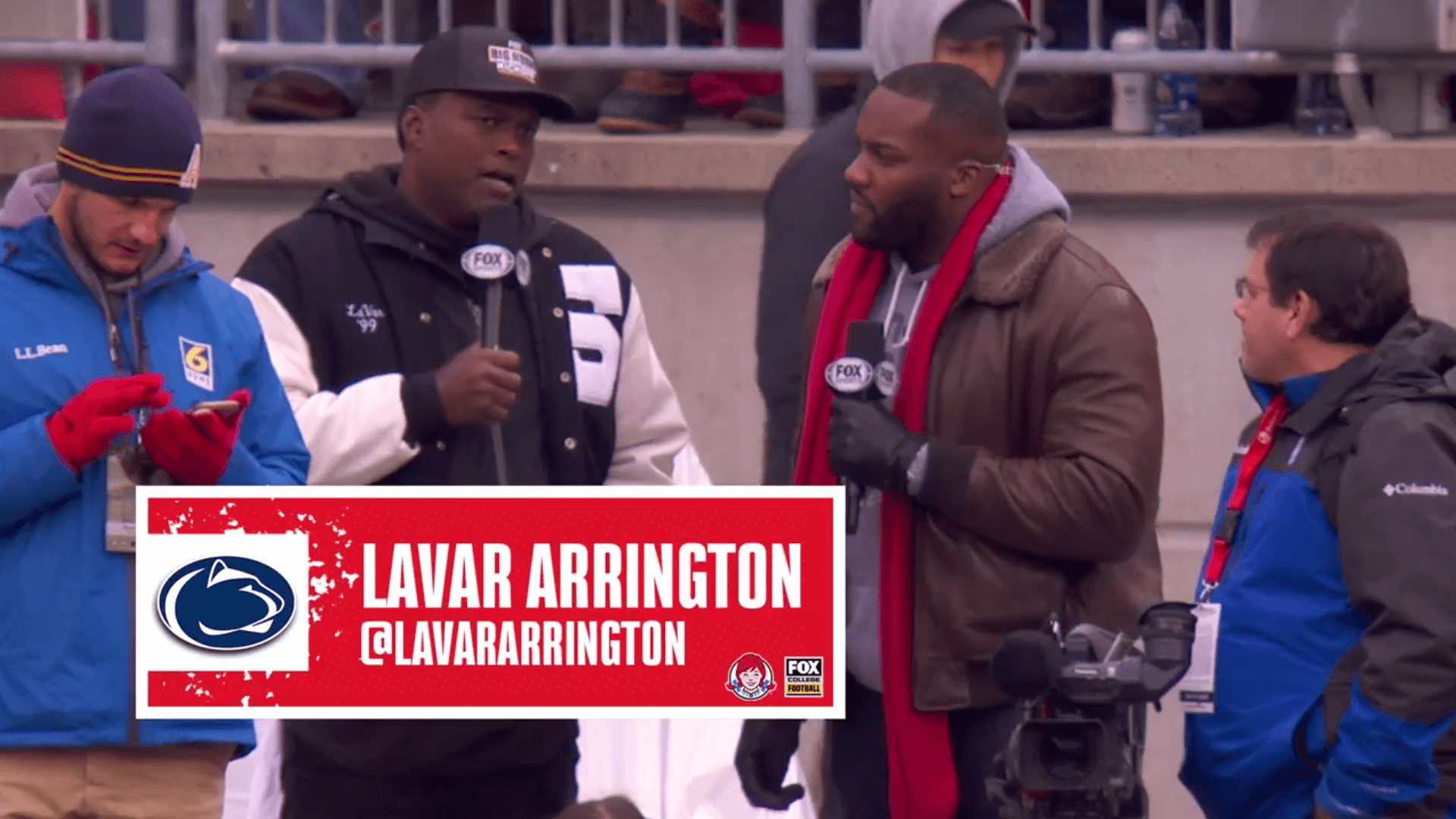 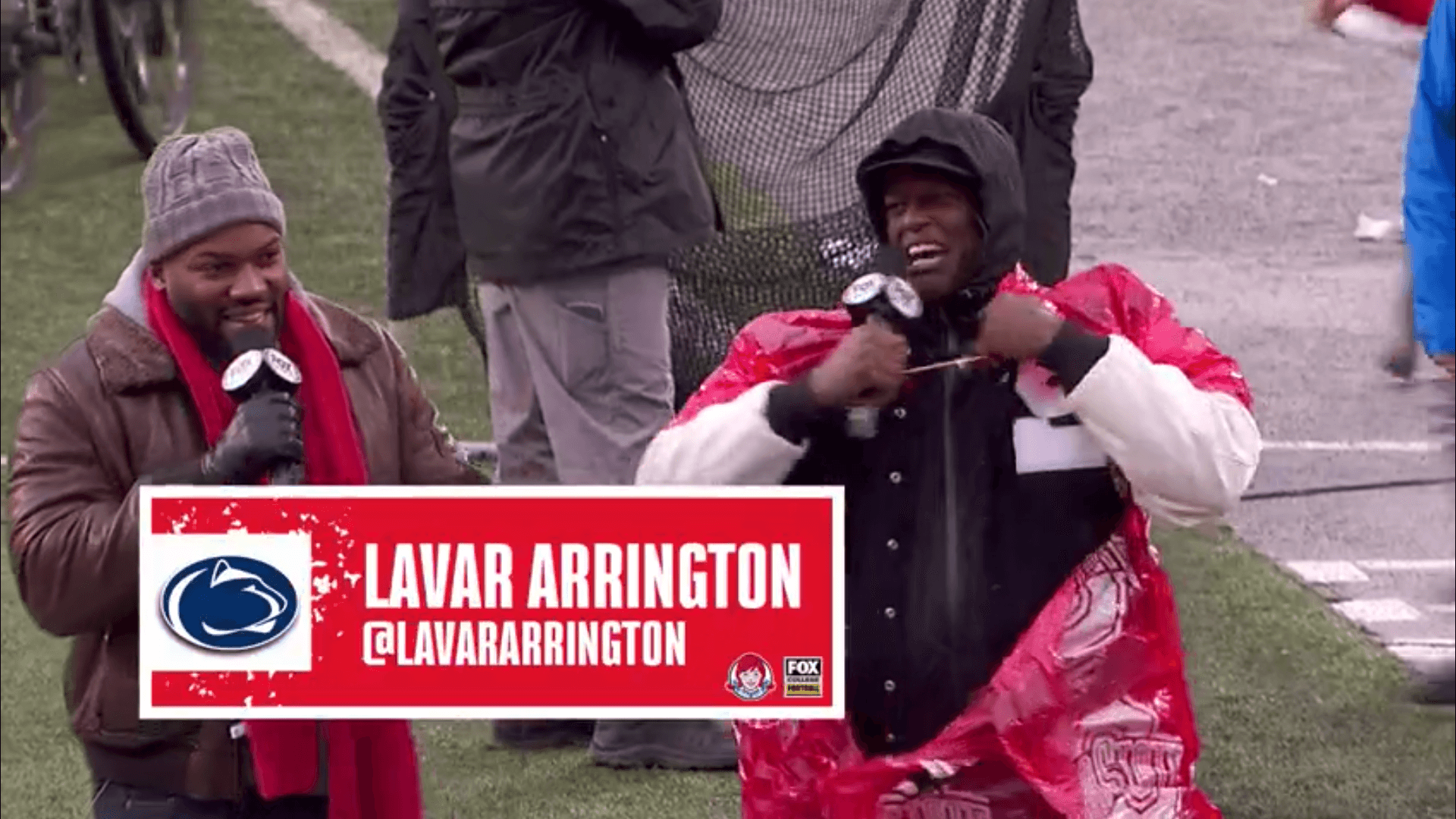 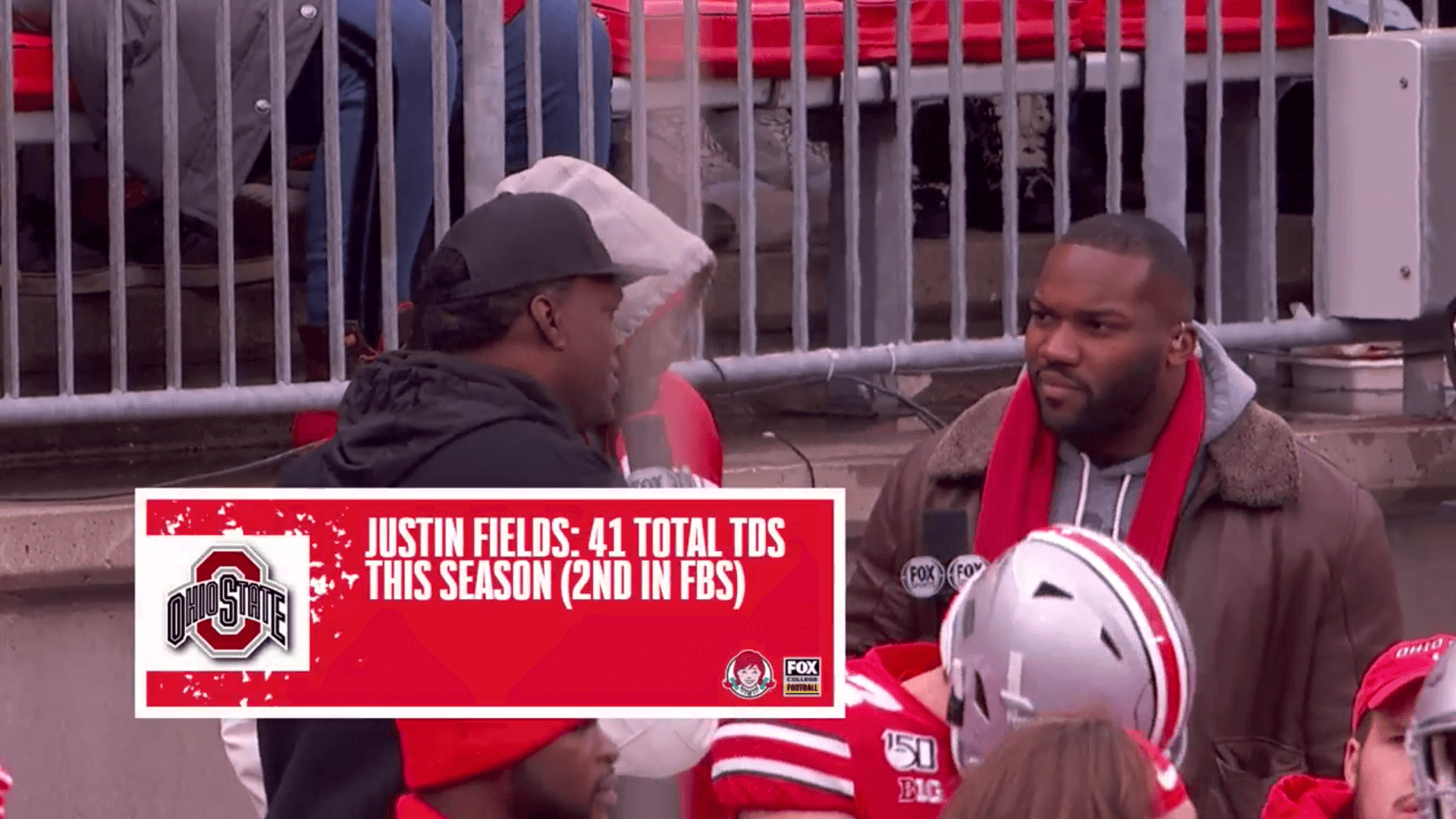