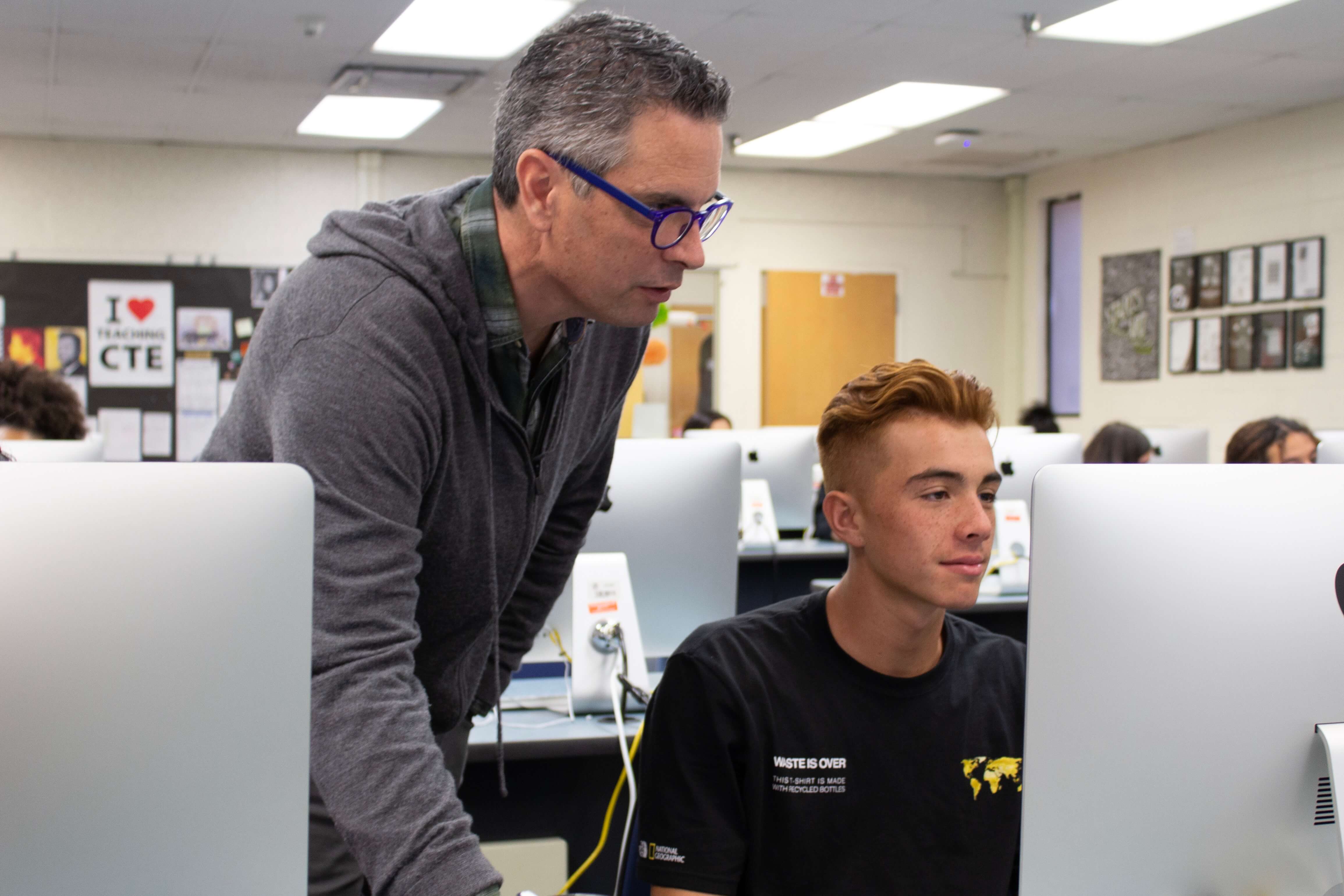 The future of broadcast just became a little brighter.

Visiting as part of the Singular for Schools initiative, Singular representatives Steven Heimbold and Frances Page met with two classes to demonstrate Singular and how data-driven graphics can tell effective stories. Heimbold showcased some recent Singular work being used by high-profile clients, but the biggest rumblings of excitement from the students came when Heimbold discussed how Singular is used in Twitch streams.

The students then participated in a Singular workshop, learning how to create their own overlays within Composer, how to control them in Studio, and how to output them over a live video feed.

"Singular engaged us in the science behind their data visualization tool which provided insight into a field neither myself nor my students had any past experience with," said Karen Anagnost, Graphic Design/Advertising Design CTE Teacher at JFK High School. "Being that my class works 90% of the time designing for print media applications, it was great to have them see how they can interact inside video spaces."

JFK High School - an Architecture and Digital Arts Magnet school - was introduced to Singular through LA Tech Talent Pipeline, who works with LA media and technology companies to create pathways to jobs for youth.

The partnership between JFK High School and Singular didn't stop after the workshop. JFK's film department has signed up to be part of the Singular for Schools program, and will continue to use the platform going forward. 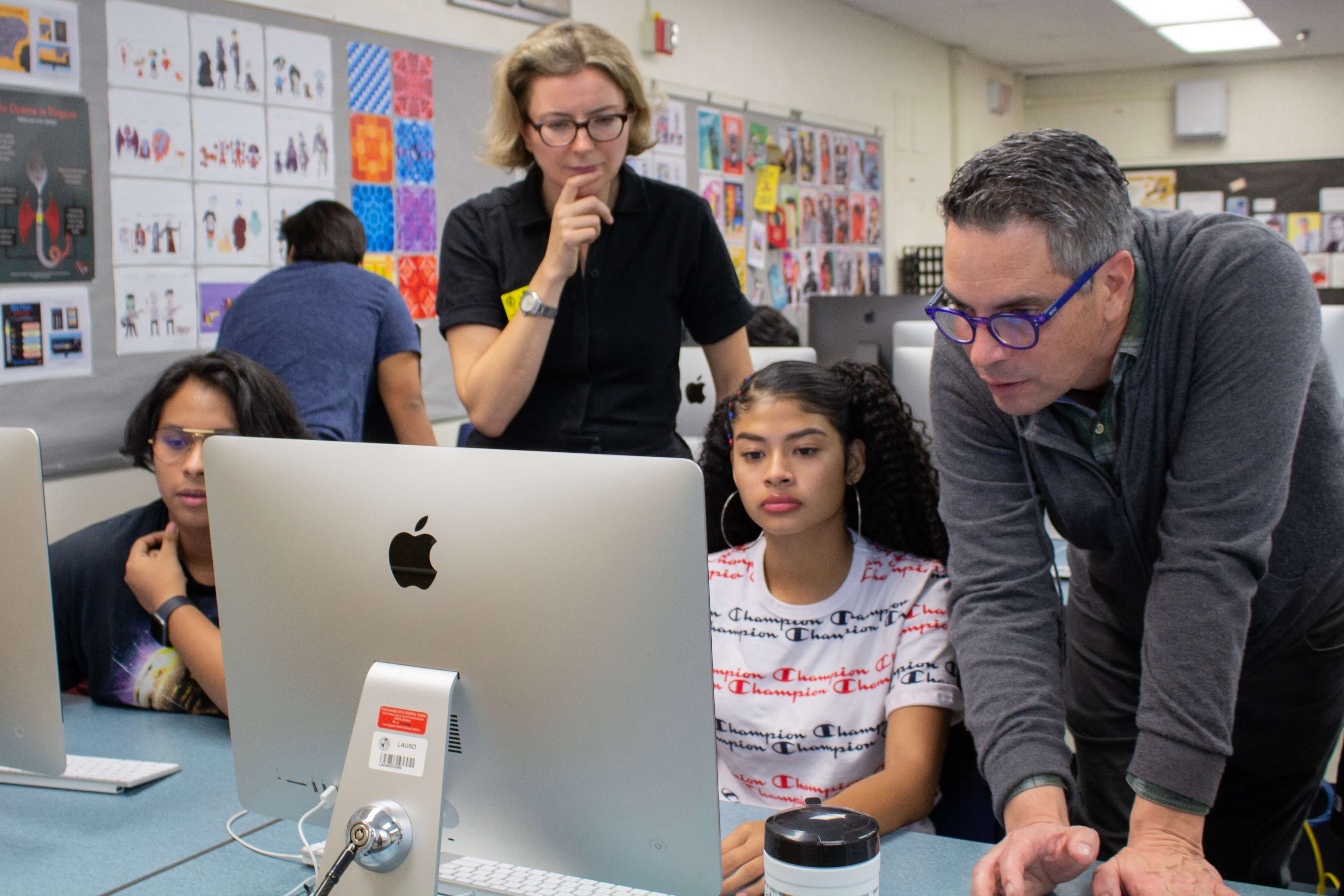 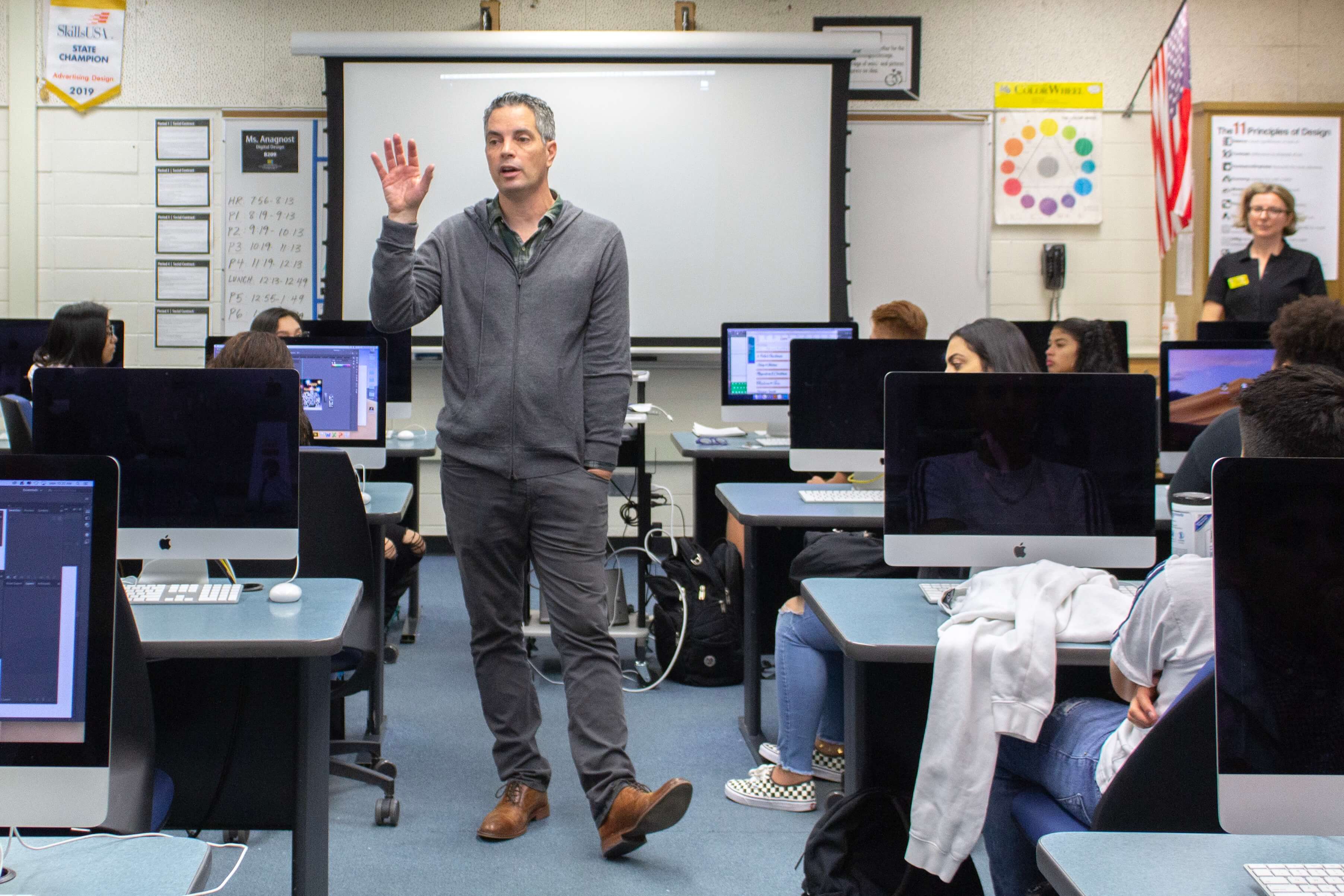