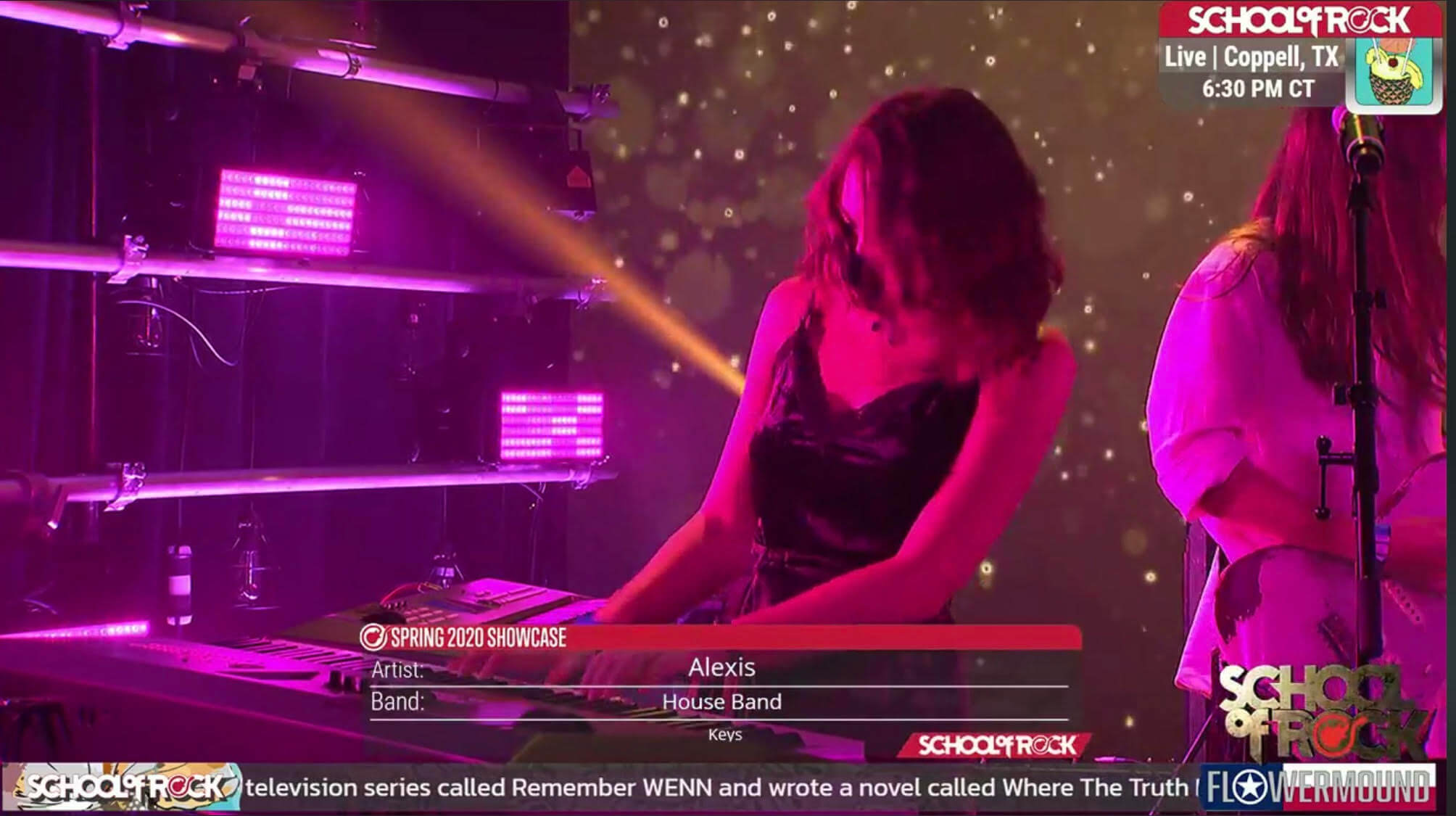 With graduation ceremonies forced to go virtual this year, several schools made use of their Singular for Schools memberships by including student-produced Singular overlays throughout the graduation streams.

One school, however, took things to another level. School of Rock, a music education institution with locations nationwide, enlisted the help of Red Rock Ops, a Singular Certified Service Provider, to create a set of professional overlays for the two-day, virtual end-of-year concert at their school in Flower Mound, TX. The idea was to present the concert as an event streamed on Facebook Live and YouTube, and Singular.live was the perfect solution for jazzing up the presentation.

Inspired by old MTV music videos, Red Rock Ops generated Lower 3rd title cards for each song, as well as displaying "Song Facts" for each of the songs while the bands played on screen.

With over 150 songs scheduled throughout the concert, Red Rock Ops turned to the power of Singular's Google Sheets Widget to help manage such a large amount of data. This allowed them to instantly populate the song title, artist, release date, genre, and record label for all 150 song title cards.

But it didn't stop there.

Because Singular.live is web-based, Red Rock Ops was able to use the power of the internet to include a picture of the album cover for each song. Each band had their own sheet, making it simple to populate each band members' name into the playlist in Singular. Because Singular can render .webm videos, Red Rock Ops created a video School of Rock bug with an alpha channel, allowing it to seamlessly overlay on top of the video stream for an even more professional look.

While Angel Banchs of Red Rock Ops focused on creating the content, his 11-year old son was in charge of populating the data and operating the graphics, further emphasizing Singular's simplicity. "Amazing platform, infinite possibility. So easy, an 11-year-old child can operate it," said Banchs. Harnessing the full power of Singular, Red Rock Ops was able to create an amazing and memorable show for the families and students of School of Rock. 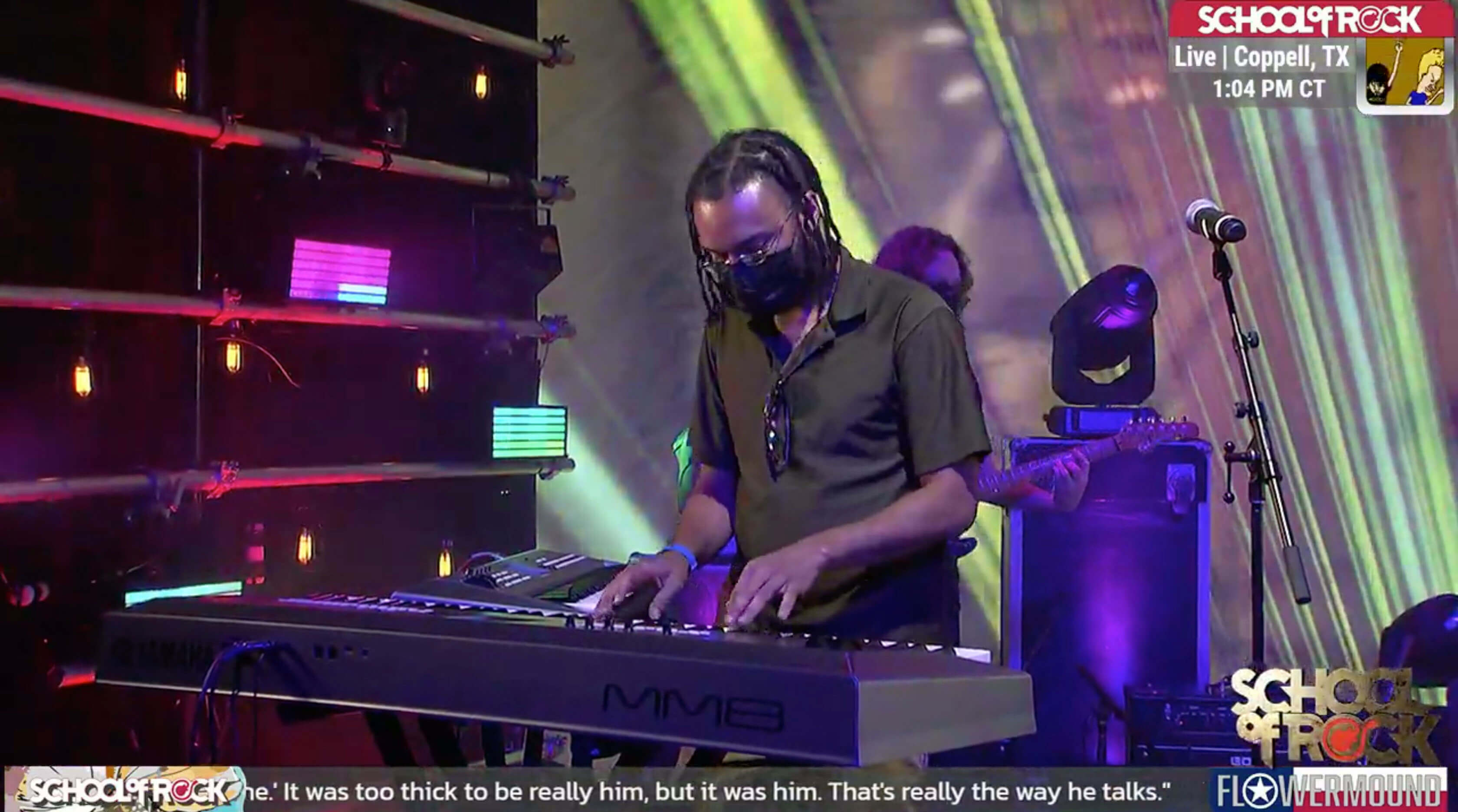 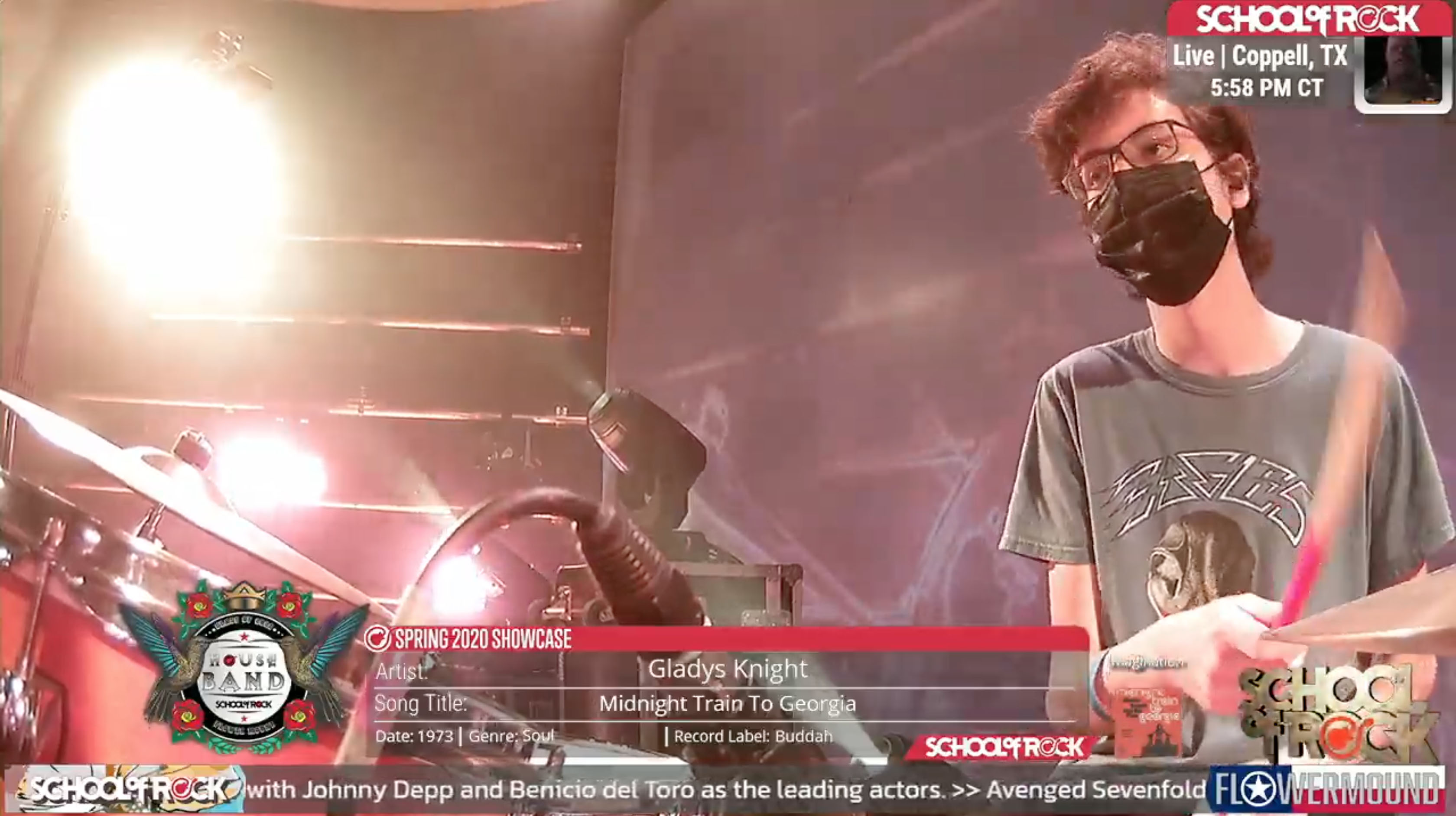 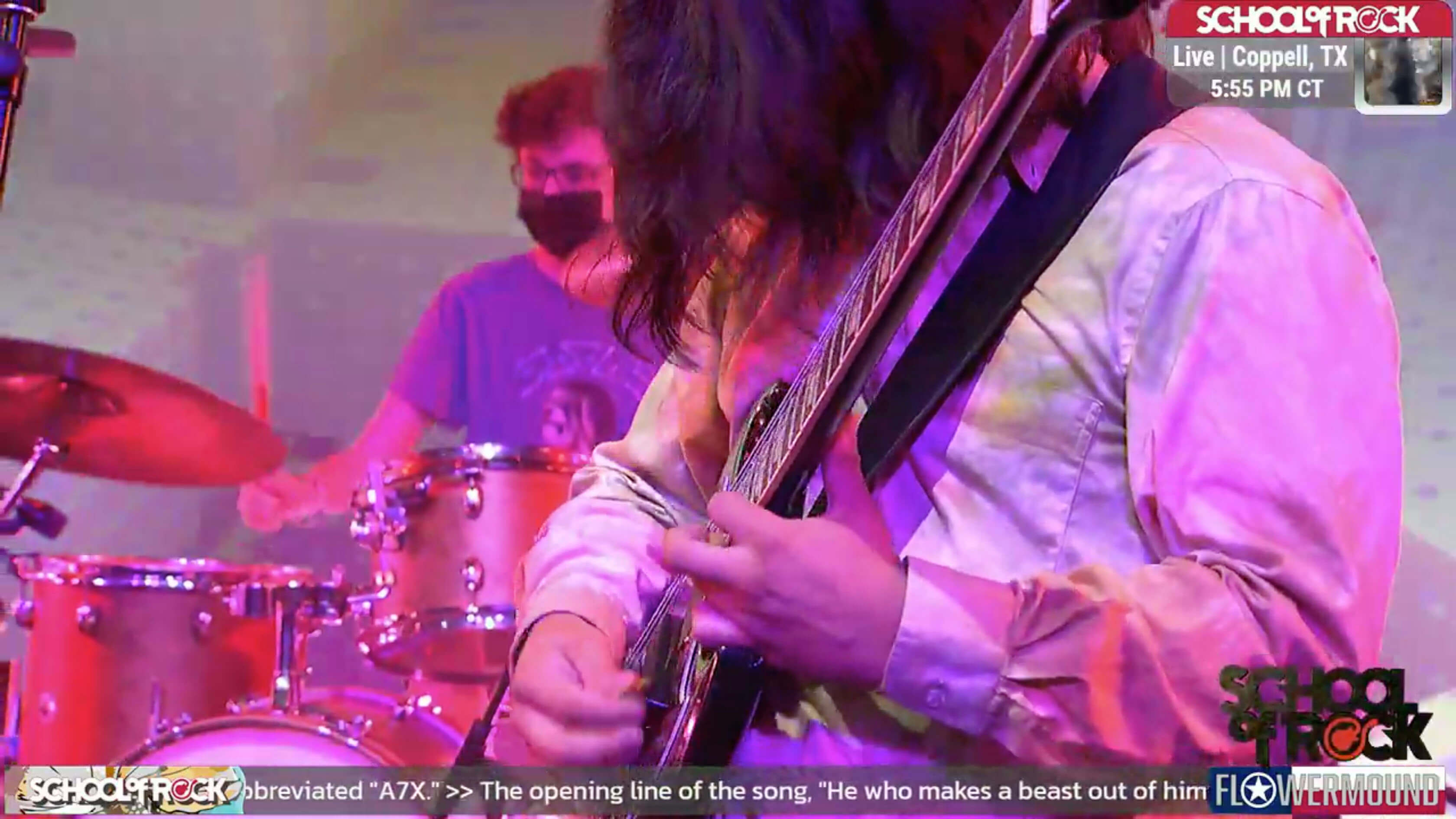