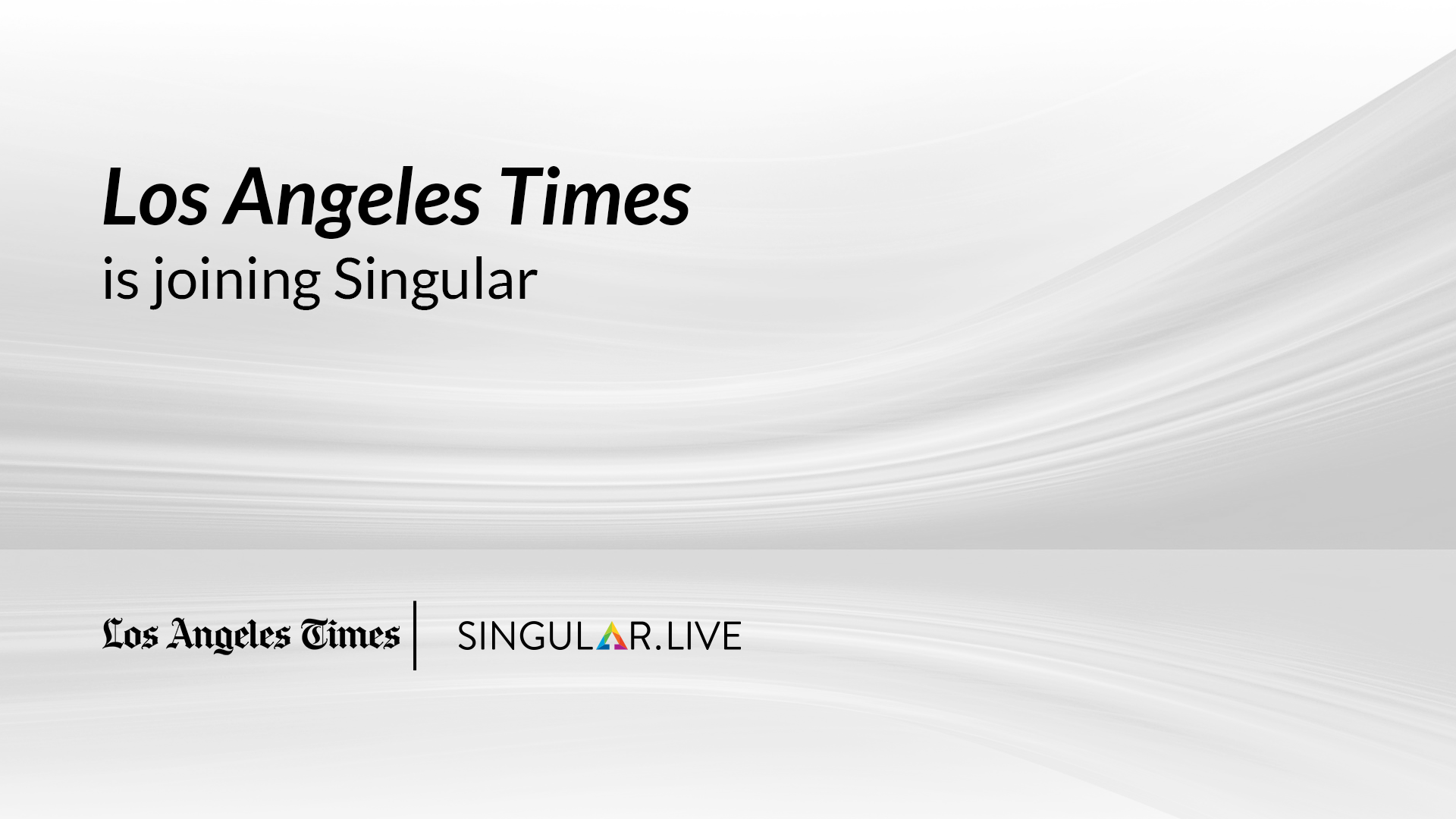 One of America's largest and most respected news outlets, the Los Angeles Times, have joined the Singular family. LA Times will use Singular across several platforms, including on its popular show Los Angeles Times Today on Spectrum News One.

The first usage of Singular by LA Times will take place Friday, September 20 for the Los Angeles Street Festival. The festival will include FIBA 3×3 World Tour Basketball, which will be streamed on Flosports and broadcast in Europe featuring Singular overlays, with data and clock integration powered by Reality Check Systems.