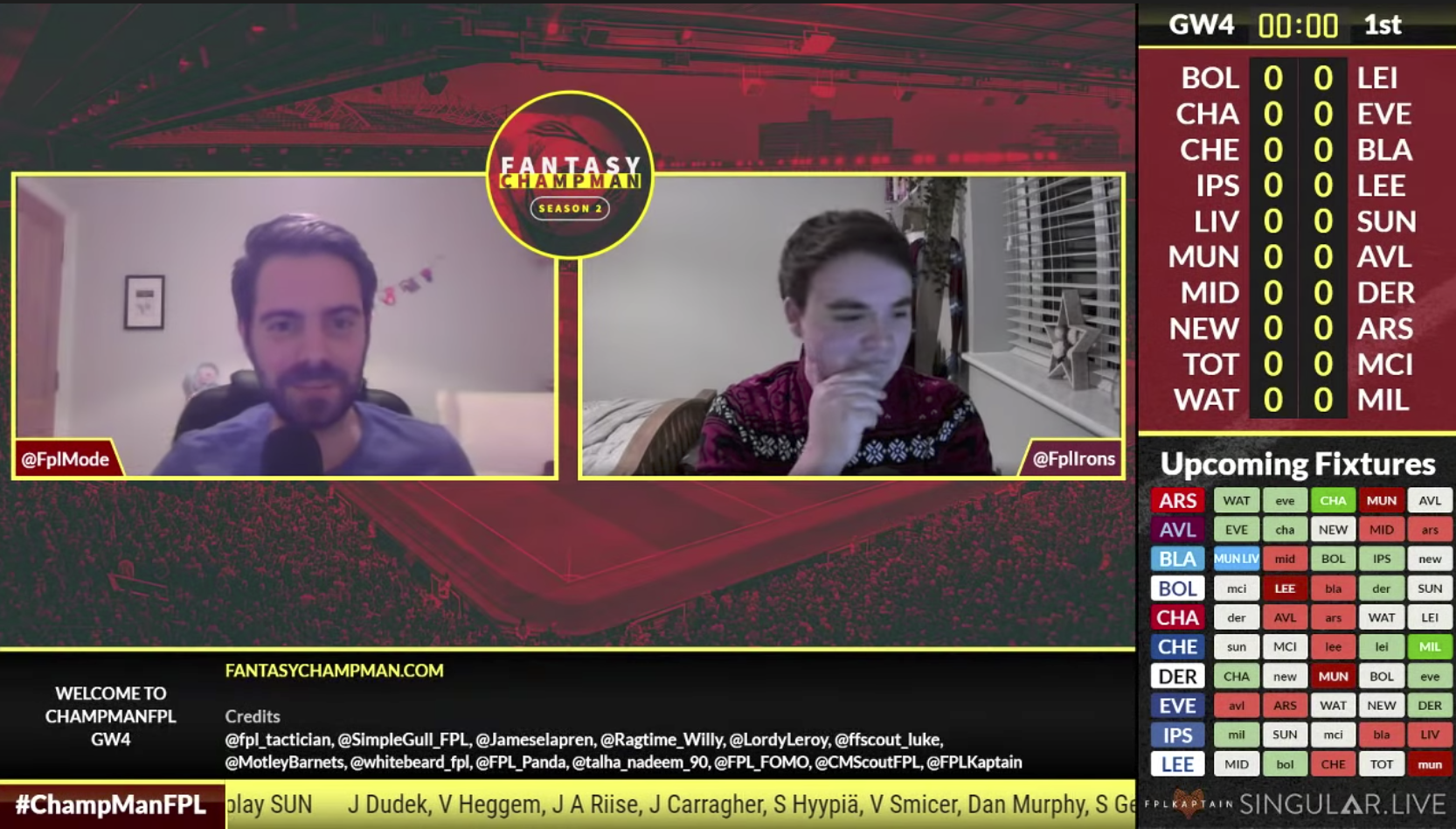 Fantasy ChampMan is a unique fantasy soccer league involving a weekly competition based off of a "simulated save" from the popular soccer management video game, Championship Manager 01/02.  Every week, members of the now 2,500 member league build a team of 15 players on fantasychampman.com and can choose from classic Premier League players such as Ruud van Nistelrooy, Thierry Henry and Mark Viduka. Once the deadline to build teams has concluded, the league's "gamemaker" activates the Championship Manager 01/02's simulation in order to 'simulate' the results of each virtual game for the current match week. Players score points for goals scored, assists and player performance based off of their built teams. Commentary and game updates are live-streamed each Thursday to YouTube and Twitter.

Getting the results of each week's simulation out to the league members live every Thursday to their Twitter account and live stream takes a committed team of 13 people. The league's gamemaker shares the results of the week to the game team who then look at the results of the week and prepare the running commentary of each fixture for matchday - including goals, incidents, substitutions, etc. The commentary is transcribed onto scheduled tweets that play out in real time every Thursday evening. The minute by minute tweets are then read by show's two commentators during their 2 hour live stream each week.

The league's 13-member team have roles beyond generating running commentary each Thursday. Some provide social media community support and backend development while one particular member manages the the matchday live stream viewer experience. Graphic Design Lead Chris Fowler (@FplKaptain on Twitter) sets up and controls everything that can be seen on the league broadcast each week. Amongst other things, Chris designed and built the complex custom overlays nearly two months prior to the first stream of the season. All the data from the game each week is compiled within a Google Sheet that is updated live during the weekly broadcast with the latest scores and scorers. When there is a goal alert Tweet from the official game Twitter account, Chris displays a Goal Alert overlay and then updates the goalscorers, scoreline, league table, and season top scorers. As shown in the overlays each week, Fowler aims to display as much live data as possible so players can get the most out of watching the stream.

The Fantasy ChampMan game was created as a result of the first national lockdown in March 2020. The game originally began without a livestream and game updates were only distributed to the league members via Twitter. One of the more prominent members of the community, PlanetFPL - who has his own YouTube channel, was excited about playing the game so he decided to livestream himself in front of a camera and commentate on the games from the official tweets. Fowler says, "it reminded me of Soccer Saturday, the Sky Sports show that gives viewers updates on the live games each Saturday, which used graphics to provide information". Having never done anything like this before, Chris did a bit of research - found Singular, built a prototype using only manual fields and reached out to PlanetFPL to give live-streaming a go. The rest he says is history.

Following the suspension of the Premier League in March 2020 due to the coronavirus epidemic, the creators of the Fantasy ChampMan league have become legends amongst the Twitter community. The league helped thousands of FPL fans during the lockdown with around 200-300 viewers of the live stream on YouTube each week. The BBC has even taken notice.

The founders behind the Fantasy ChampMan league built the game for the community, not for profit. However, during their first season last year, they had such a huge response to the game that the decided to raise money for the Trussel Trust and ended up pulling in £3500. This year they have been raising money for the ISPCC in the hope of supporting another great charity.

The league managers are expecting the game to grow, with more players engaging with the fantastic community they have built. The current season will run until the end of July 2021 and they plan on continuing to improve the experience and making this season a success for those drafting teams each week and tuning in for game updates on Twitter and YouTube. 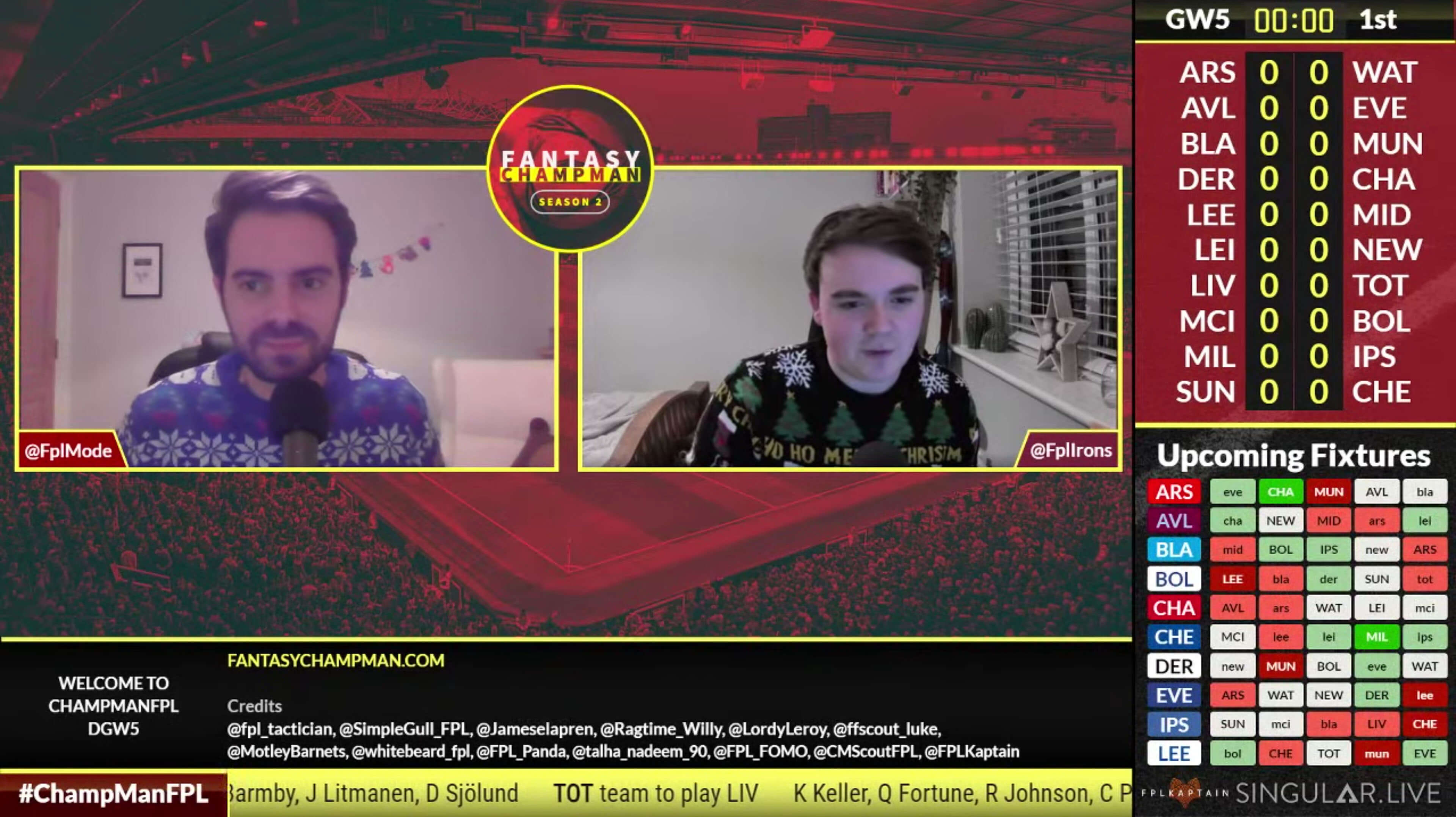 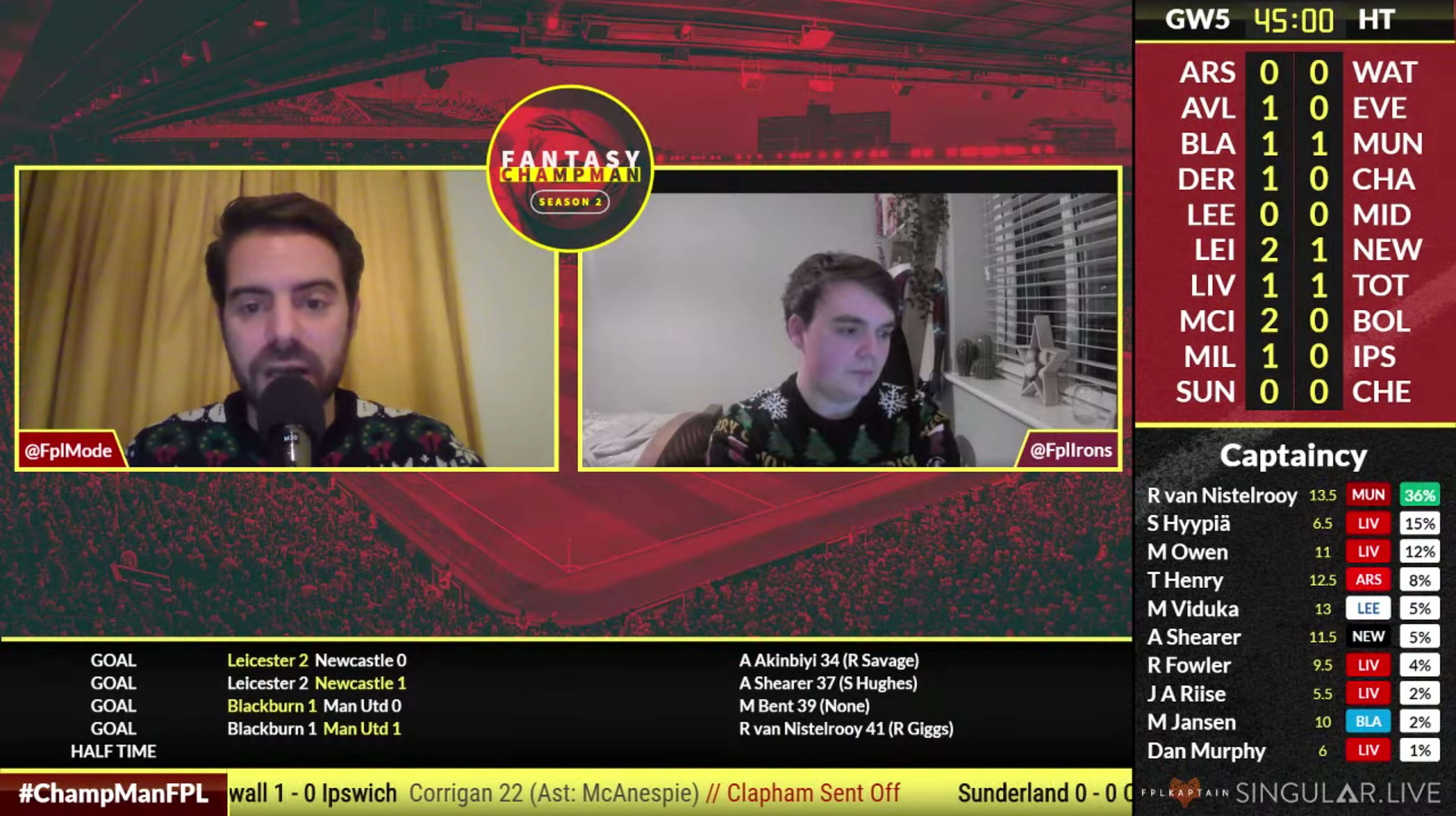 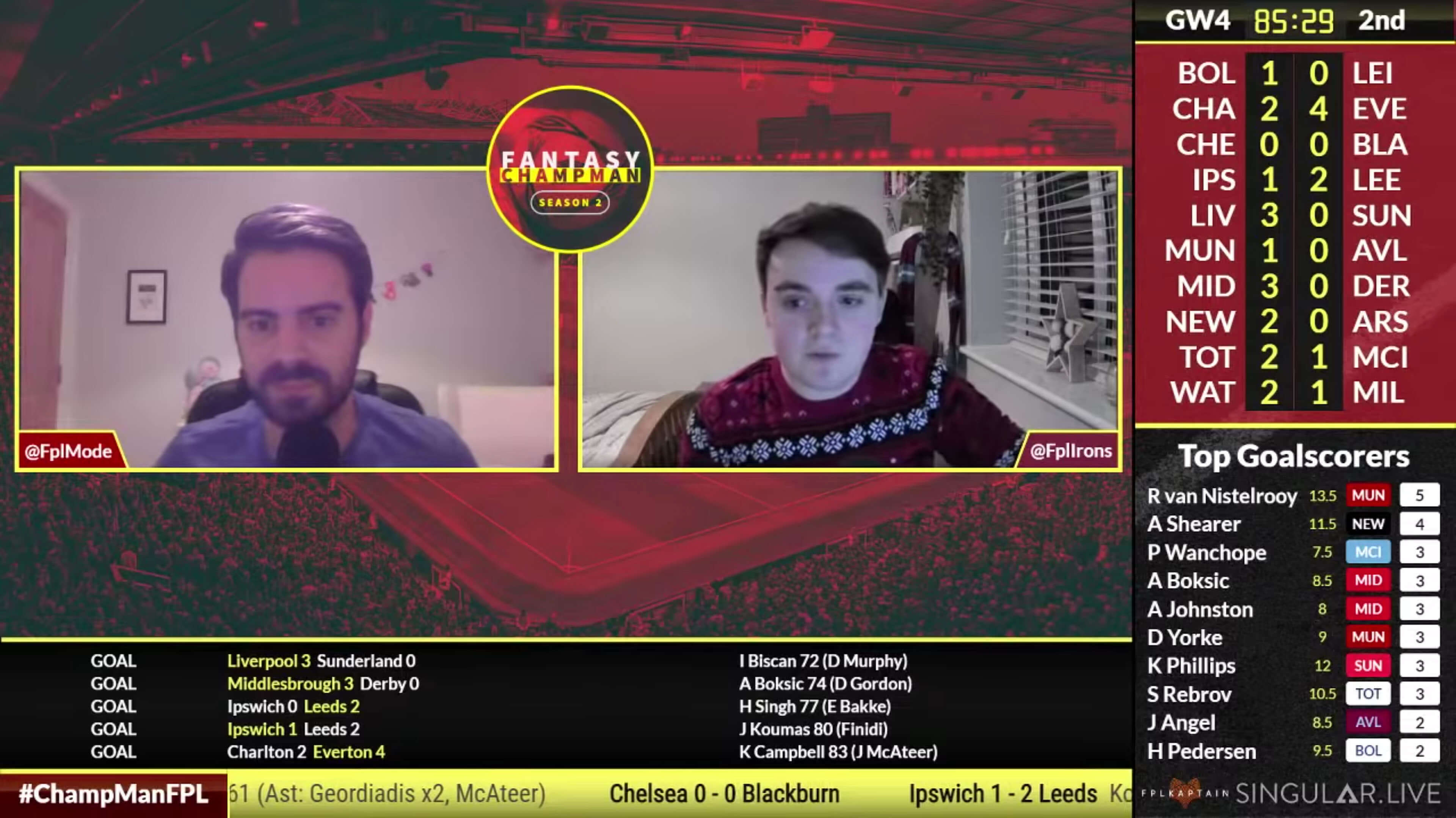